ADVOCATES WONDER WHEN THE ABLE ACT WILL BECOME AVAILABLE TO ALL? 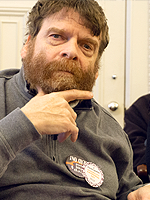 The ABLE Age Adjustment Act (S. 817) has been reintroduced in the new Congress by a bipartisan group that seeks to expand eligibility in the popular program from 8 million people to 14.1 million.

Originally passed by the Senate in 2014, the Achieving a Better Life Experience Act (ABLE) allows Americans with disabilities to save up to $100,000 without losing public benefits such as Social Security or Medicaid. But the scope of who qualifies has been limited. Currently, people who were older than 26 at the onset of their disability do not qualify to open an account. The ABLE Age Adjustment Act would increase the age to 46.

"This legislation will build on the foundation of the ABLE Act and expand access to these accounts to more families." - Senator Chris Van Hollen, Maryland

Last year, some disability advocates warned that the ABLE program could be unsustainable without changes that would substantially increase the number of account holders. But administrators of the Ohio STABLE Program, which administers VermontABLE, have dismissed these claims.

“Enrollment in ABLE has not been as fast as we hoped, but it’s steady and the program is not in jeopardy,” explained Kirsten Murphy, Executive Director of the Vermont Developmental Disabilities Program, which has championed ABLE. “We are asking people with disabilities to change a fundamental belief – that having money will reduce their public benefits. That takes time.”

To date, 271 Vermonters have taken advantage of Vermont’s version of the ABLE program, according to Murphy.

For more information read the article by the Disability Scoop.