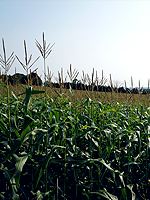 Several years of information gathering about America's general population has found that there is a significantly hire percentage of children with disabilities living in rural settings than urban ones.
Through 2015 and 2018 the Centers for Disease Control and Prevention (CDC) received survey responses representative of 34,000 children with disabilities between the ages of 3 and 17. Such questions included where they were form, their diagnosis, and which services they received. Families who responded to the National Health Interview Survey (NHIS) did so voluntarily.
The report, released last month, summarized the data and found that children with disabilities more commonly lived in rural areas than urban ones. Rural children were also less likely to see a mental health professional, therapist, have a wellness checkup, and receive special education services.
Researchers who filed the report wrote a disclaimer which stated there was no way for them to follow-up on the validity of the information provided, and concluded that additional research would be needed to identify unmet needs and to reduce the disparities between rural and urban communities.
For more information read the article in Disability Scoop.