ELECTRIC SHOCK THERAPY STILL ALLOWED... BUT NOT FOR MUCH LONGER 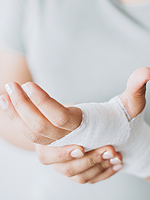 The Food and Drug Administration will finalize regulations they began outlining in 2016 to ban electrical stimulation devices from being used to influence the behavior of people with developmental disabilities.

The Judge Rotenberg Educational Center in Canton, Mass., which serves children and adults with developmental disabilities as well as those with behavioral and emotional problems, is the only facility in the country where the electrical stimulation devices are known to be used.

Electrodes attached to the skin deliver electric shocks in response to an unwanted behavior such as an aggressive outburst or self-injury. In a 2018 ruling, a Massachusetts judge upheld the use of this technique despite evidence of significant side effects including burns, seizures, and increased anxiety.

Disability rights activists from ADAPT and other groups have followed this issue very closely to end the practice. Former patient of the Rotenberg Center, Jennifer Msumba, came forward and shared her experience on social media.

"The shocks hurt a lot -- They try to make it secret when they shock you. They don't really want you to know when it's coming." - Jennifer Msumba

In a press release following the FDA announcement, ADAPT urged continued advocacy. “We must continue to press the FDA to move forward as quickly as possible with this ban because – everyday – disabled people are being tortured in the name of “treatment”.

The Food and Drug Administration says they would like to establish regulations by the end of this year.

For more information read the article by Disability Scoop.