MANY STATES OK WITH SHELTERED WORKSHOPS AND SUB-MINIMUM WAGES 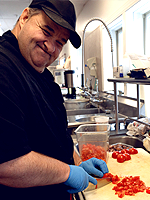 Many advocates are frustrated by outdated federal laws that allow Americans with disabilities to be paid less than people without disabilities for the same work.

Before that, some Vermonters with intellectual disabilities worked in what are called “sheltered workshops.” These are places that employ people with disabilities to do easy tasks over and over again, like sorting recycled cans or shredding paper by hand. In fact, Many states still have sheltered workshops where the average pay is just $3.34 an hour.

The United States Commission on Civil Rights (USCCR) wants to change that. In a strongly worded report published last September, they say that sub-minimum wage is exploitative and discriminatory, and that there is no reason why we should still follow a standard from the great depression (about 80 years ago). Sheltered workshops do nothing to help train or prepare people to find better jobs. USCCR would like Congress repeal Section 14(c) of the Fair Labor Standards Act, and shift funding to programs that help people with disabilities find gainful employment. Several legislators have attempted to introduce bills to end sub-minimum wage, but none of them have been successful. The Raise the Wage Act (H.R.582) was passed by the United States House of Representatives, but has not been acted on by the Senate.

For more information read the article by NPR.