MEDICAID WILL NOT BE USED TO BUFFER VERMONT HOSPITAL BUDGETS 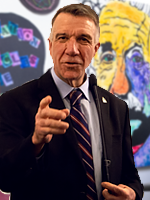 Governor Phil Scott and State Legislators are voicing concern about using Medicaid to support the State’s only accountable care organization, OneCare Vermont.
In a letter sent to the Governor in late August, Kevin Mullin, Green Mountain Care Board Chair, urged the administration to commit more Medicaid funds to support the state’s healthcare reform efforts. The state’s small rural hospitals are bearing too much of the cost for OneCare, Mullin argued, and consequently shifting this cost to commercial insurers. This ask was shortly after the care board approved rate hikes for both Blue Cross Blue Shield and MVP health, which blamed prescription drug costs, not Medicaid, for the gaps.
In his response, the Governor took issue with Mullin’s assessment that low Medicaid reimbursement rates have fueled the “cost shift” to commercial payers. Over the past five years, Scott noted, Medicaid rates have risen by more than $40 million.
Lawmakers also voiced concerns about pushing Vermont’s Medicaid program dangerously close to the “budget neutrality cap” under which the program must operate if it is going to receive matching federal dollars. While Scott acknowledges the financial burden experienced by hospitals, he believes the real solution is to attract younger families to the State and focus on prevention.
Vermonters enrolled in Vermont Health Connect can expect to see their insurance premiums, co-pays, and deductibles rise in January 2020. To avoid the risk of being under-insured, insurance companies are reminding people to check their plans, research what's available, and choose the plan that best suits them and their families.
For more information read the summary about rate hikes from VTDDC and give a listen to VPR.