STATE WILL CHANGE HOW SERVICES ARE DELIVERED, AND COLLECTS COMMENTS 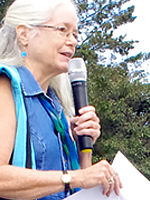 In 2014 the Federal Government gave states clear instructions - update community-based services to ensure that all case management activities are free from “undue conflict of interest.”
For a time, Vermont authorities argued that the rule did not apply to the Green Mountain State, because Vermont operates its Medicaid Program under a different type of waiver than most other states. Guidance from CMS has since clarified that Vermont must come into compliance with the rule. As a step in this direct the Department of Disabilities, Aging and Independent Living hosted several public forums for people with disabilities, family members, agency representatives, and professionals, about changing how services are delivered and removing potential conflicts-of-interest.
A summary of the comments gathered at these meetings has been posted on an Agency of Human Services webpage. The twelve-page document indicates that there was no single approach that garnered support from a clear majority of participants. VTDDC, Green Mountain Self-Advocates, and Vermont Care Partners filed separate comments, which the Department has said it will also post.
New Medicaid rules require that states separate the agency delivering community-based supports from the process of evaluating need and planning for services. About 80% of states already provide independent case management that does not operate out of the same agency as an individual’s support providers. Vermont’s developmental services system, however, was designed to provide the full continuum of services through its regional agencies.
The new rule also applies to case management services in Vermont’s Choices for Care Program and the Traumatic Brain Injury Program.
An exception to the new rule can be granted, but the federal Medicaid authority has been reluctant to waive the requirement even in frontier states like Alaska. There are ten (10) independent designated agencies, five (5) specialized services agencies, and about 3,000 Vermonters who will be affected by the system overhaul. Vermont is one of the last states to develop a plan for implementing this federal requirement.

"It's as much about giving choice to people receiving services as it is eliminating potential for conflict, including unconscience bias."
- Kirsten Murphy, Executive Director of the Vermont Developmental Disabilities Council
Restructuring case management is just one of the critical changes taking place within the Department. The State is also adopting a new assessment tool and revising how it pays the agencies that deliver services.  There are several stakeholder groups involved in ongoing discussions about payment reform.
For more information read the article by VTDigger.