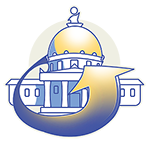 VTDDC is at the State House closely monitoring policy that could impact Vermonters with developmental disabilities...

Council members visited the offices of Senators Leahy and Sanders and Representative Welch.

Council members were well-received in all three offices and forged good connections with staff members of our Washington representatives. We are optimistic that one, if not all three, of the members of our Congressional delegation will sign on as a co-sponsor of the ABLE Age Adjustment Act. If you are an ABLE account holder, you can help by telling our Congressional delegation how ABLE has helped you.